Is Print Advertising Still Worth It in the Digital World? 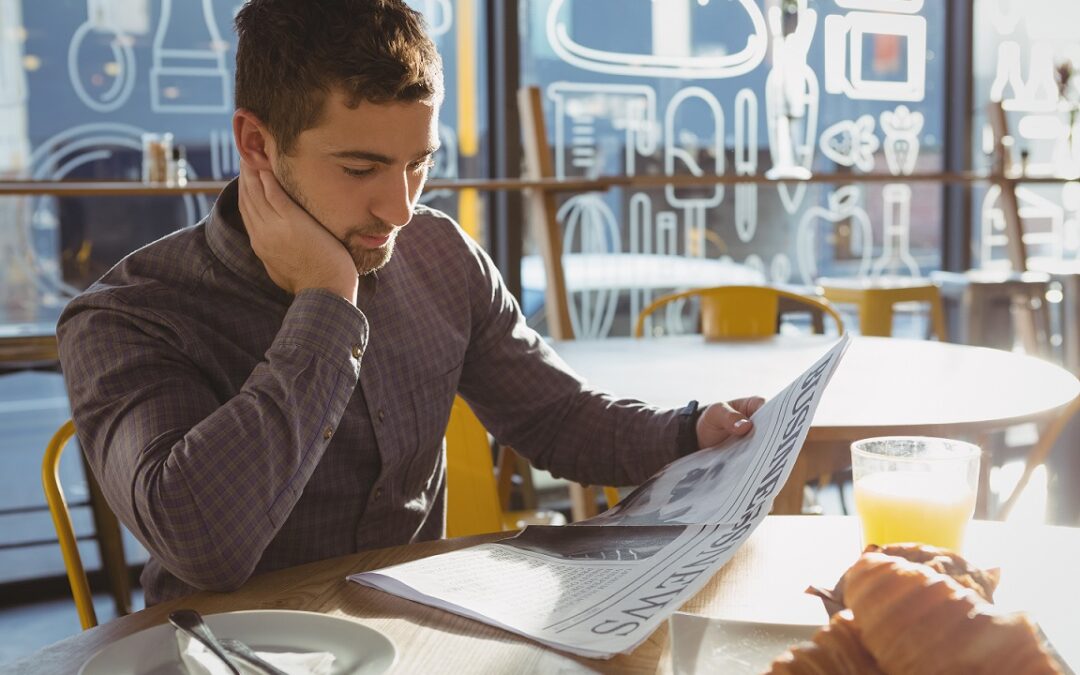 Modern business owners seem to be under the misconception that the most effective or only way to adequately reach large target audiences is strictly through digital advertising. While it’s certainly important to have a robust digital advertising strategy in place to connect with younger generations, many people still prefer reading print ads in newspapers and magazines. There’s just something special about being able to hold a physical newspaper or magazine and flipping through the pages that can’t be emulated through digital platforms. Digital ads can often come off as cold and impersonal like they’re overtly trying to reach out to as many people as possible.

Although widening your target audience base is definitely the goal with all forms of advertising, there’s just something more nuanced and personal about print newspaper and magazine advertising. Don’t write them off just yet because they still hold a lot of value to your business and your brand.

Here are some advantages of investing in print advertising for your business.

Digital ads usually appear at the most inopportune times like right before or in the middle of an online video. It’s even worse when the ad interrupts your video, and you just want to hit the skip button as quickly as possible.

The great thing about print ads is that they’re not nearly as intrusive or pervasive as digital ads. Believe it or not, this actually works in your favor. Consumers prefer advertisements to be understated, yet polished—in other words, the total opposite of most digital advertisements.

Above all, advertisements should be enticing, informative, and accessible without necessarily constantly being in your face. This is one of the many qualities that consumers appreciate about print ads in general.

Targeted digital ads have garnered a bad reputation over the past few years. Consumers feel that these ads are far too intrusive and often inescapable. Some of them rely on some seemingly shady practices that include data mining, online surveillance, and even devices listening in on your conversations (no, you’re not paranoid – it’s definitely happening!).

Newspaper and magazine advertising is less aggressive and not nearly as intrusive as digital advertising, which explains why they hold more appeal for consumers. A recent marketing survey showed that 82% of consumers trust print ads in newspapers and magazines over any other medium including online, TV, and radio ads combined.

Digital content moves a lot faster than print content and that’s not always a good thing. Print ads can’t always be as easily ignored as digital ads, which can be skipped or blocked. When people get fed up with constantly being bombarded by digital ads, they can simply log off of their social media or delete their accounts altogether. In other words, digital ads are fleeting and print ads are more permanent. Static billboards are another prime example of the long-lasting nature of print ads and the impressions they make.

Beautifully crafted and effective print ads have the power to captivate people’s attention and make them look twice whereas most people simply want to skip through or mute digital ads.

Many people still actively subscribe to magazines and newspapers or at the very least, purchase them at the store. There’s something to be said about the fact that people still like to hold a physical newspaper or magazine in their hands. It means they’ll go out of their way to pay for one and flip through it at which point they might happen to come across your ad rather than having it forcefully shoved in their faces, which is what other media outlets do.

Reading magazines and newspapers creates a more visceral experience for the reader. Newspapers and magazines have distinct qualities. Feeling the texture of the paper and smelling the ink as you flip through the pages is a unique experience that can’t be compared to mindlessly scrolling on your phone.

Newspaper and magazine readers retain more of the information they’re exposed to because they’re actively searching for something specific—whether it’s an article, an image, or even a specific product. Hence, magazine and newspaper ads have the power to make a much stronger impression than random digital ads that can be skipped over and are typically viewed as nothing more than a nuisance or inconvenience.

Print Ads Have a High ROI, Especially Where There’s a Physical Customer Presence

Imagine you’re standing in line at a store waiting to pay for your items just staring off into space when suddenly, your eye catches an interesting and unique headline at the newspaper and magazine stand next to you. You reach out and flip through the pages in search of that specific headline. As you do so, you notice a number of enticing advertisements in the process and are interested to learn more about those brands. Strategically placed newspapers and magazines have the ability to appeal to people’s sensibilities even in seemingly mundane life moments.

Now that brand has captured your attention enough so that you want to look them up. You might not end up buying the newspaper or magazine, but the brand and their advertisement is on your radar and you’re thinking about the product or service they’re offering. Through that type of visceral connection, print ads can actually increase your overall ROI, especially when combined with an excellent digital marketing strategy that makes it easy for customers to come to you rather than it being the other way around.

David Klein
David Klein is CEO and President of North American Media; Inc. David has a rich and deep background in direct response marketing. His experience comes from being a consultant and list broker with more than 30 years in the Industry; working with several hundred different clients in just about every industry, market, or niche found in direct mail. David is a graduate of the University of Illinois with high honors advanced degree course work in Marketing Communications from Roosevelt University in Chicago. Part of North American Media’s vision is to help its clients succeed in their acquisition efforts for finding new customers regardless of the marketing channel or media used.